“When you’re dealing with high tech cybercrime sometimes you have to accept that you will not get the handcuffs on people,” says Detective Inspector Kevin Ives, head of operations at the UK’s Police Intellectual Property Crime Unit (PIPCU) “You have to accept that they are in a jurisdiction where they can’t be touched, or the evidence is where you are never going to recover it, or it simply is not proportionate to put in hundreds of hours to chase the cyber trails to track down where they are.”

“Kicking down doors and locking up the bad guys” happens on the counterfeit goods side of PIPCU’s work, says Ives. In the case of piracy, it might happen if perpetrators are “silly enough to base their operations in the UK” or are UK citizens, but disruption is more commonly used against those “ripping off and pumping out entire streaming services”.

“Some people think pirate sites are run by internet freedom fighters. They’re not. In the overwhelming majority of cases, they are making millions of pounds by stealing content.”

Disruption includes biting into this profitability and making legitimate companies understand that they are enabling crime and may themselves be breaching laws. The advertising industry is central to the disruption strategy because, often unknowingly, it can underpin the revenue streams of illegal services. Other legitimate operators might provide the servers that host websites, or the payment systems used.

PIPCU maintains an Infringing Websites List (IWL), which has catalogued 5176 sites during its lifetime. Ives says getting big brand advertisers to withdraw support is very effective. His colleague says so is having a good relationship with the relevant domain name registry.

This year’s Taking the Profit Out of IP Crime report Piracy and Organised Crime report describes the IWL as “world leading” and refers positively to PIPCU. That said, it recommends a whole-of-system approach to piracy in general, states that the connection between piracy and organised crime is not well recognised, and laments a shortage of skilled cybercrime investigators.

“We are absolutely having an impact,” says Ives. “We have had over 4000 of the worst of the worst websites sent to us and over half have been shut down. We’re quite proud of that. We can’t claim that everyone was absolutely 100% down to everything we did, but all of them have been on the IWL.”

Partnerships and collaborations are integral to PIPCU, whether with the UK’s Gambling Commission or European law enforcement agency Europol. Most piracy cases are referred by UK industry organisations or production companies. A written referral sparks a due diligence review of the evidence provided. If perceived as worth pursuing, the website’s owner or administrator – if contactable – is given 14 days to remove the infringing content and told of the consequences of inaction.

PIPCU’s priority is the IP crime that causes significant harm to the UK economy, legitimate UK companies and the general public.

“A lot of counterfeit goods, fake car airbags or fake perfumes, can be physically dangerous, whereas TV streaming is never going to kill anyone. What we judge (piracy cases) on is economic loss.”

The length and scale of offending is a factor, but a decision might be taken to protect a small vulnerable UK start-up over an impervious multinational irrespective of scale.

PIPCU was set up in 2013 within the City of London Police separate to the Metropolitan Police because it leads the charge against fraud and cybercrime. PIPCU is funded by but independent of the Intellectual Property Office (IPO), the UK government agency that issues and administers patents and trademarks and deals with other forms of IP rights. The IPO recognised that additional police resources were needed to combat IP crime.

PIPCU has 30 staff in London and in the Northwest of England. Investigators are supported by digital forensic staff, researchers, analysts, disruption teams and others. All work across counterfeit goods and piracy. PIPCU acted as a model for a police unit in Brazil.

“The main challenge is keeping up with the retooling of the cybercriminals,” says Ives, who expects more use of cryptocurrency and a shift from websites to phone apps in future. “They constantly change their tactics to stay ahead, just like any organised crime group. Hopefully, we are innovating at the same rate as they are.”

Note: Ives was promoted to a new position within the City of London Police after this interview.

“The Australian Federal Police – understandably – has a large number of priorities and getting time and focus on IP crime is not always easy. PIPCU’s success clearly establishes it as a template for any nation seeking to build a cohesive strategy of growing the creative sector and providing it with the appropriate support to enable it to thrive.”

“PIPCU and FACT share intelligence and information concerning digital piracy and seek opportunities to combine resources and expertise. We deconflict all our cases to ensure there is no duplication of resources and effort, while increasing the intelligence available to us and them. We depend on PIPCU for all levels of enforcement, which goes right up to the top end of taking action against high value offenders and cross-jurisdictional enquiries. PIPCU depends on FACT for intelligence to progress cases.

“PIPCU are experts in prosecuting IP offences. It is a model for how IP crime can be tackled but requires significant investment in resources as the IP landscape is vast.

“Crucial to their ability to act is the need to buy in to an effective private/public partnership, which requires sustained effort from the private sector as well. The need for public/private co-operation extends beyond PIPCU though and other police forces and units are critical in progressing cases. The fight against piracy, without an IP crime unit, would only progress if the likes of the police and Trading Standards (There are local and national Trading Standards authorities across the UK) were able to find resources to take on the cases.”

“Our main focus is to prevent pirated versions of films originating from cinemas in the UK and Ireland.

“FCPA benefits from a close working – and invaluable – relationship with PIPCU. For many cases we investigate, there is a need to conduct further enquiries or carry out actions in other geographical and policing regions across the UK and Ireland. Thankfully, due to PIPCU’s nationwide remit, we are able to progress complex cases together, irrespective of locality, with greater success. This collaborative work is mutually beneficial: we refer cases to PIPCU for assistance, primarily where enforcement action is required, and vice versa. For PIPCU we can offer specialist services including the examination of seized items and the provision of expert evidence.

“Piracy is a complex issue that cannot be addressed with a single solution. PIPCU’s presence and impact has been significant in the UK. Without such a central resource, many cases would suffer from a lack of focus and progression, especially where there are national and international associations.

“By protecting copyright, creators’ rights are upheld and, importantly, the industry’s own capacity to reinvest and to develop new projects and talent is enhanced. The absence of PIPCU would only be detrimental to this ongoing battle.” 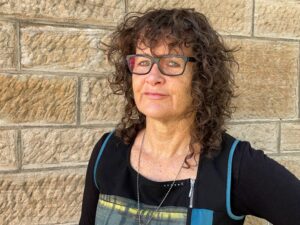 Sandy George is a journalist who specializes in the business behind film and television. She has been a long-time correspondent for Screen International and www.screendaily.com, an editor of film and TV trade magazines, a film writer for The Australian, the presenter of the Saturday night movie on SBS TV, and the wordsmith behind many newsletters and reports. She regularly works with producers on their materials and has dug into data and deals for the benefit of practitioners at Screen Australia.