Piracy likened to shooting “fish in a barrel” during the pandemic 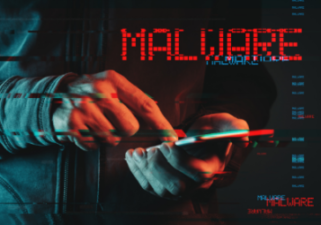 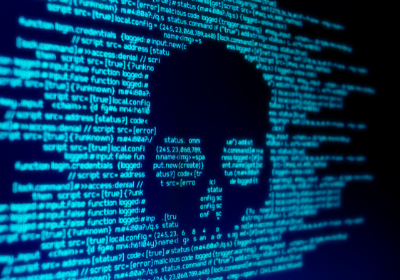 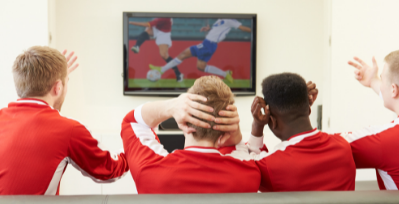 Criminals reap US$1.34 billion in advertising annually from illegal entertainment websites and apps 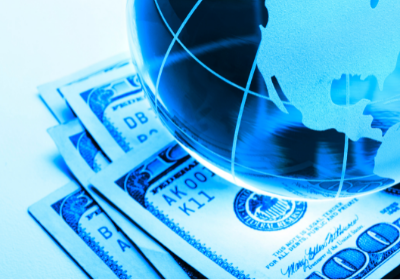 Message for fellow creatives: This is what we’re fighting for 600+ pirate football sites are shut down in Italy

Thousands of ISD subscribers in the UK receive police warning

Kodi box users are targeted by police in the UK

Google cracks down on movie piracy

The ads which started in 2007 have a cult following in Japan. The latest iteration was viewed online 500,000 times in the first seven hours.

Following a crackdown on content piracy in 2019 using siteblocking, a new study has found a 55% reduction in consumers accessing pirate websites.

The Federal Government says the extended Location Incentive Program will generate $3 billion in foreign spending and create up to 8,000 jobs

Following months of industry lobbying a rescue package has finally been announced by the Federal government and the screen sector stands to receive $50m to help get productions back up and running.

Australian cinemas to reopen from July 1

The industry will face its biggest challenge yet as it prepares to reopen after a three-month COVID-19 shutdown. While consumers are eager to return there will be some changes to ensure customer and staff safety.

The World Trade Organisation has ruled that Saudi Arabia blocked moves to shut down a piracy network, putting in doubt the planned takeover of Newcastle United.

The content industry worked together to shut down the Spanish-based illegal IPTV network with 2 million paying subscribers.

The streaming company will create an emergency relief fund to help workers stood down during COVID-19.

The law revision comes in response to a rising number of new piracy websites which have caused an estimated loss of $2.75b USD to publishers.

A Federal Court judge has ordered the blocking of 86 pirate websites and has also approved a new process to reblock sites more quickly if they re-emerge under a new name or address.

Cyber criminals are exploiting an increase in piracy during lockdown by lacing films with malware to infiltrate personal devices.

There are calls for the UK government to scrutinise Saudi Arabia's proposed takeover deal of the Premier League club due to its alleged role in an illegal sports streaming network.

Hollywood hit by piracy during lockdown

The UK has seen a 43% increase in visits to film-piracy sites and the rise is also reflected in other countries around the world.

by Malcolm Farr, The Guardian

The site is estimated to have infringed USD $33.2 million in movie and TV copyrights and made USD $64,000 each month for its two proprietors.

Calls For Tech Giants To Stop Access To Pirate Websites

Village Roadshow ex-CEO Graham Burke has claimed that Google is supporting organised crime by not putting a stop to piracy.

“If you visit pirate websites, even the law can’t protect you”

An anti-piracy campaign launched today reinforces the message that visiting illegal web site exposes users to multiple risks including viruses and theft of their personal data.

Password sharing can lead to stealing streaming TV shows and movies and reselling them for profit.

"Online copyright theft is a criminal enterprise which also affects consumers and is susceptible to malware, identity theft and ransomware."

“To take from an artist is to take greatness from this world.”

A group of Los Angeles-based street poets has recorded a video to ram home the message that stealing from artists is a crime.

As “vast warehouses” of pirated bestsellers, indie books and textbooks are made available online - in part due to platforms such as LinkedIn’s Slideshare - arguments about there being no impact are disingenuous.

Crackdown on copyright infringement in China

Creators and critics vent on the effects of comic book piracy.

Who pays for Google and Facebook’s free lunch?

It won’t be long before Google and Facebook cease to be laws unto themselves, predicts Fairfax Media's Ross Gittins.
News

Here’s how Artificial Intelligence might impact the core copyright industries

The A.I. revolution does not mean gloom-and-doom for human creatives as one experiment showed how robotics can be a valuable tool for creative professionals.

Piracy is ‘killing the film business’

UK producer Jonathan Sothcott says piracy is widely perceived as a victimless crime and because, it's mostly online, an invisible crime.

The Government takes the fight to online pirates

"Downloading or streaming a pirated movie or TV show is no different to stealing a DVD from a shop," says Senator Mitch Fifield.

Music streaming is very popular in Australia, including some which infringes copyright

More than one-third of consumers obtain music through infringing methods, primarily stream ripping, according to a new report.

Why Hollywood releases are sometimes delayed in Australia

Holidays, competition and talent availability are just some of the reasons why US films occasionally are released later in Australian cinemas

A new study in Europe found Internet users face thousands of malware threats when they visit sites that offer pirated movies and other content.

Australian internet users are more likely to 'give up' if they encounter a blocked website while searching for content, according to a Government-commissioned survey.

Schools, libraries, cultural institutions and the disabled will benefit from improved copyright protection. At least 42 countries have implemented or are obligated to adopt measures ensuring that ISPs block access to copyright-infringing websites. The Federal Court is recognising that online piracy extends beyond sites such as Pirate Bay.

Another win for Village Roadshow in the war against piracy

The increase in film/TV spending on digital platforms while cinema declines could be a “Be careful what you wish for” moment.

The anti-piracy laws should extend to include search engines and social media, according to Foxtel and Village Roadshow.

Site-blocking is closing the front door to online piracy By allowing pirate websites to be on its search engine Google is allowing criminal activity, according to Village Roadshow’s co-CEO. The showbiz veteran has been recognised for his service to film production, broadcast media and leisure industries and to the community. Millions of consumers who are using jailbroken Apple TV 2 devices to stream content are at risk of having their Kodi boxes used to send spam and to distribute malware or child pornography.

Enough with the legal theories about piracy

The Illinois Court vs Kickass Torrents founder regards operating a website, designed to exchange infringing material and that earns its owners millions of dollars, as criminal.

Actor Roy Billing attended the court-ordered destruction of over 1.2 million DVDs following the criminal conviction of a couple charged with the sale of tens of thousands of counterfeit DVDs. A Sydney man has been jailed for possessing and selling counterfeit DVDs, which could have netted him as much as $21 million. A new global report shows a sharp fall in traffic to Torrent sites for movies and TV shows.

Don Grove writes that the IP Awareness Foundation has rebranded as Creative Content Australia, signalling a greater focus on educating the public on piracy.

Brian Karlovsky writes that Australia's peak body for the promotion of copyright, creative rights and piracy research has been rebranded as Creative Content Australia and bolstered its membership with some key appointments.

Response to Singapore Fair Use study

An analysis of a Fair Use study in Singapore, describes methodology flaws that render it “worthless to policymakers”.

Creative Future CEO, Ruth Vitale, says it’s impossible to argue with the importance of innovation in addressing piracy, but absurd to argue it’s the only way.

What Exactly Does the EFF Want?