Site Blocking and the Rules of the (Internet) Road 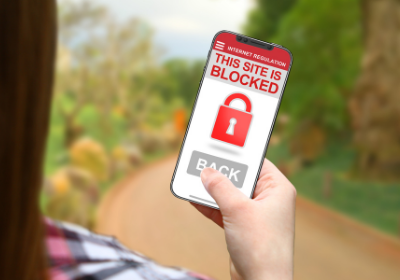 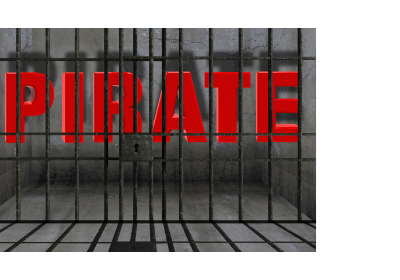 It’s not really our fault: It’s the algorithm 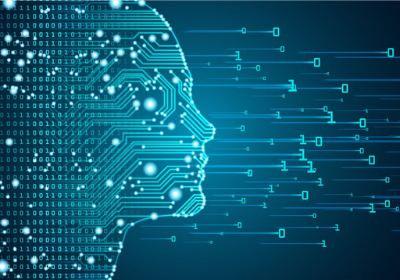 The insanity of piracy – damaging livelihoods and placing users at risk 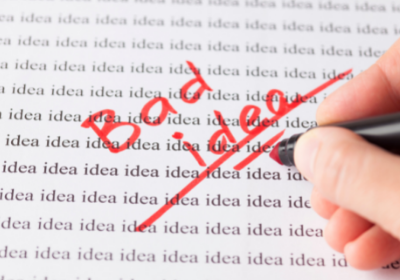 Much ado about nothing: have concerns over site blocking materialised? by Alliance for Creativity and Entertainment, 10 May 2021

Fighting piracy: how does Australia compare with the rest of the world?

The Federal Government decided not to adopt an ACCC recommendation that would have obliged digital platforms to remove illegal content but it will review online copyright enforcement policy next year.

The professor of law at Victoria University of Wellington says the current review of New Zealand's copyright law should lead to a reduction in the hefty costs of accessing the system.

The Beijing government says it will increase penalties on violations of intellectual property rights in an attempt to address one of the sticking points in trade talks with the US.

Big Tech is finally being forced to take responsibility

The chair of the Copyright Agency welcomes a sea change in attitudes to piracy and tech giants' transgressions among Australian politicians and policy makers.

The new rules require tech firms to make "best effort" to get permission from the rights holders or quickly remove infringing content from their platforms.

Far from being the disaster which critics are claiming, Europe’s copyright directive makes users’ legal position even safer and in some cases will protect them from the risk of legal liability for sharing protected content. Submissions to the ACCC’s digital platforms inquiry recommended ways of making the process of taking down illegal content more effective and less costly for rights holders.

Public is ‘misinformed or, at best, under-informed’ about IP rights

Many consumers and some companies abuse intellectual property rights because they lack basic IP education and are unaware of the impact, according to a new report.

European Union goes where others fear to tread on copyright reform

Europeans will finally have modern copyright rules fit for digital age with real benefits for everyone: guaranteed rights for users, fair remuneration for creators, clarity of rules for platform. What’s the role of creativity in the digital age?

by Kim Willams AM

It is up to us to make sure that our laws are modernised in ways that respect creators and enable the extraordinary innovation inherent in digital to continue.

The legislation will strengthen Australia's creative industries’ ability to take action to protect their rights.

Two recent research studies into the effectiveness of site blocking and the role of search engines in facilitating piracy demonstrate the need for the introduction of the copyright amendments introduced in the House of Representatives.

The internet – not an ungoverned space

The Government emphasise the need to act to protect the intellectual property rights of content creators. A declaration of accountability for cyberspace

Online platforms must do more to mitigate the harms they are enabling on the Internet including the theft of creative content, according to the head of the Motion Picture Association of America.

The illegal streaming of live sports is being tackled by courts and rights holders in Australia, the UK and internationally.

A data scientist & empirical economist reflects on antipiracy enforcement learnings following a recent trip to Jakarta and Malaysia (plus a tip on ordering Nasi Goring).

While site-blocking for copyright infringement is proving effective in 42 countries including Australia, New Zealand and Canada are looking at adopting this remedy. The real role of SVOD in reducing piracy

Contrary to media reports a US study revealed that streaming services do not significantly reduce piracy among habitual pirates, Researcher Anna Meadows explains.

Some good copyright news from down under

We must honour and sustain Australian creators

"...we artists remain unwelcome in our own land," says renowned Australian author Richard Flanagan in a stunning recent speech, arguing the role of Government is to allow creativity a positive role in shaping our future, not deny and destroy it.

The truth about the EU’s “unearthed” piracy study

The debate as to how much piracy has hurt the recorded music industry rages on and currently informs decisions as to how much ad supported music reduces illegal downloads. An "unearthed study," which some interpret as proving that piracy had not negative impact on the music industry, is setting the internet on fire. Not so fast, says Neil Turkewitz.

Research shows the first court orders to block five illegal sites last December resulted in a decrease of more than 70% in traffic to those sites from Australia.

A simple guide to site blocking: what on earth is it and, seriously, does it really work?

A US copyright expert makes the case for increased vigilance against illegal online content.

Can legalised piracy ever be stopped?

Copyright expert, David Newhoff, questions whether calls to end the safe harbour provisions which protect internet giants like Google, which host illegal content, will have the desired effect.

The number of outlets where Australians can illegally watch, rent or buy filmed entertainment content has more than doubled since the early 2000s, as shown in this infographic compiled by the Australian Screen Association.

The chair of the Copyright Agency warns the Productivity Commission recommendations would harm the ability of film and television makers, writers, artists and journalists to tell Australian stories.

Is it time to break up the social media giants?

US academic and former Hollywood producer Jonathan Taplin argues Google, Facebook and Amazon are natural monopolies which are threats to democracy and privacy.

The Federal Court has ordered TPG, Telstra, Foxtel, Optus and their subsidiaries to block their customers from accessing BitTorrent site Kickass Torrents.

The European Union’s Court of Justice has ruled that selling set-top boxes with pre-installed software that enables easy film and TV piracy is illegal.

The books and song that change lives

by Di Campisi and Ella Ogden Research confirms that disabling offshore pirate websites is highly effective in directing consumers away from infringing content to sources of legitimate content.

Setting the record straight on Hollywood

The CEO of the Australian Screen Association argues the Australian Government should not grant immunity to overseas firms which profit from infringing behaviour by users on their platforms. Major brands in Europe have removed their ads from Google and YouTube because they were being linked to objectionable content.

Entertainment and sports rights holders want the Government to drop a measure that would give immunity to Google and Facebook for infringing user-uploaded content on their platforms. Australian content creators can benefit from America’s inventiveness if not undermined by the Productivity Commission’s proposals.

A US copyright expert warns that anyone who contemplates sharing a live-streamed event on social media will face heavier penalties than the two men who streamed a Foxtel event. Fair use isn’t ‘dare use’

A US copyright expert contends the fair use doctrine, which the Productivity Commission advocates for Australia, would be akin to poking a phalanx of lawyers with a stick.

Piracy excuses are a smokescreen for “free” 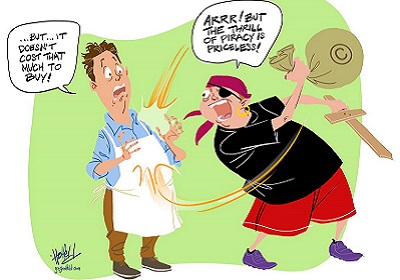 Anti-copyright narrative dials up the volume

A US copyright expert hoses down concerns that a Trump administration will reject calls to strengthen copyright law, despite the rhetoric from some digital rights organisations.

by The Copyright Alliance

The Copyright Alliance, a US-based coalition of creators, has asked the new President to promote and preserve the value of copyright in the US and abroad.

Some wins in the battle to support Australian culture

A Canadian-based copyright expert says the Australian creative community has made significant progress in the campaign to preserve a fair and adaptable copyright regime.

The PC Report takes a massive swipe at Aussie Creators

Copyright – the year in review

We recap on the major news and developments covered by Content Café this year and look at some of the issues on the agenda for the year ahead. The real costs of “the culture of the free”

Google's call on the Australian government to change copyright laws would enable the internet giant to make even more money from artists, according to a US academic and former film producer.

While the Australian screen industry awaits the Federal Court judgment on the first piracy site-blocking cases, the UK continues to take action.

Would legalizing Netflix US for Aussies make a difference?

The Productivity Commission’s proposals to enable Australians to access Netflix’s US service may be pointless, according to a New York-based rights advocate.

The piracy plague: A five-step solution Fair use does not mean a fair market

A U.S. copyright expert has released a new economic model which highlights the risks of weakening copyright law. Will IP be accorded the same degree of protection as other law enforcement issues where site blocking has been invoked?

by An open letter from the Copyright Alliance

Fair use does not mean free Who really stands to gain from the push to change Australia’s copyright law?

Lobby groups behind a high-profile campaign on Wikipedia urging a switch to US-style copyright law in Australia have links to multinationals such as Google which would gain substantially from any change to a so-called "fair use" system.

The growth of legal streaming services such as Netflix and Spotify is not curbing online piracy, according to the CEO of The Industry Trust for IP Awareness.

“I’m not hurting anyone”: Breaking the piracy habit

Consumers will be the real losers from proposed copyright reforms

Australian home entertainment distributors, cinemas and US studios, united in opposition to the Productivity Commission’s proposed copyright reforms, explain how consumers stand to lose if changes are adopted.

PC copyright proposals branded ‘a dagger at the heart of creativity’

The CEO of the Copyright Agency tells a Productivity Commission hearing that its proposed copyright reforms would undermine content creators' rights and the ability of companies to invest.

Australian publisher HarperCollins has warned the Productivity Commission that opening the book market fully to imports could halve the volume of Australian books published each year and deter booksellers from taking chances on new authors.

If you want Australian writers and illustrators to be treated fairly, you should be outraged by the Productivity Commission’s proposals, according an Adelaide-based children’s book illustrator, animator and cartoonist Canada has rejected changes to its parallel import book regulations and Australia should learn from this example.

Using the US Copyright Act to fight piracy is akin to standing under Niagara Falls holding an umbrella, according to Vox Indie’s Ellen Seidler

Minister Mitch Fifield confirms that creators and owners of published works will not have to worry about a drastic reduction in the length of copyright.

PC report would kill the ‘golden goose of creativity’

The Productivity Commission’s copyright recommendations would destroy the copyright eco-system in Australia and create massive collateral damage, according to blogger Hugh Stephens.

A flawed study on the DMCA

Our copyright laws must be strengthened

Why Australia should reject U.S. ‘fair use’ doctrine, plus proof that site blocking works

How do we test whether website blocking is effective? With data, of course.

Getting the facts straight about the costs and benefits of copyright and contradicting the exaggerated and inaccurate claims made by opponents of copyright term extensions.

Fair Use and Innovation strange bedfellows

Copyright Agency Viscopy CEO Adam Suckling urges Australian policymakers to examine the lessons to be learnt from costly court actions in the US, in order to get the balance right when modernising our copyright system.

What you need to know is not always what you want to hear. Copyright policy decisions should be informed by solid research and evidence which exposes myths and misconceptions, writes experienced research analyst Anna Meadows.