Copyright infringement continues to be a major problem for the creative industries.

Brendan Pinches made history as the director of the first documentary to win the top prize at Tropfest. Here he outlines his unusual career path and his goals. Brendan Pinches made history as the director of the first documentary to win the top prize at Tropfest. Here he outlines his unusual career path and his goals. Voice of the industry Andrew Bovell’s career took him to the “edge of darkness”

The author of Lantana, A Most Wanted Man and the play adapted from Kate Grenville's The Secret River has weathered some dark times.

Veteran exhibitor Bob Parr reflects on a 60-year career and how he sees the future of cinema. The sixth short directed by Matt Day won first prize at Tropfest 25. Here he explains his approach to making shorts. Working with Mel on Hacksaw Ridge Memoirs of a picture show man

Steve Maggs recalls some of the amusing patrons and incidents he encountered during his long career in cinemas. Image: The Hayden Orpheum (credit: Cinema and Theatre Association U.K.) Behind the scenes of Copyfight

"My nice middle-class friends are merrily breaking the law" - publisher Phillipa McGuinness on her book, the fire in her belly and the canary in the digital coalmine.

Monkey business on Pirates of the Caribbean

Unit production manager Jennifer Cornwell had some unexpected experiences on the set of the latest Pirates adventure. How to stay calm on film sets

Oscar-winning makeup and hair designer Lesley Vanderwalt reveals how she copes with the stress. Tales from the set of The Great Gatsby Piracy is the biggest threat to movie industry.

DoP’s ‘defining moment of a generation’ 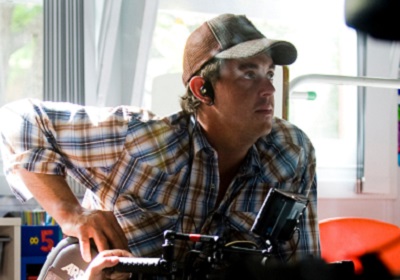 Banging the drum for copyright reform

Musician and copyright advocate Lindy Morrison has long campaigned to have musicians' rights protected in practical and meaningful ways, including their right to choose how their work will be enjoyed by fans.

Tropfest 2016 finalist says the festival’s close call this year made him contemplate sustainable business models and how we can all do our bit to give ourselves an industry to be a part of by valuing our work and others’.

Author Michael Robotham is passionate about freedom of speech but does not desire that his books be stolen, copied or handed out for free. Writers – like painters or mechanics – should be compensated for their labour. That’s the basic principle of economics.